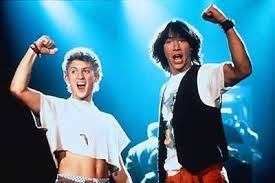 I was first introduced to Mignon Fogerty (Grammar Girl) because of this grammar issue. She appeared on  Oprah to settle a viewer's complaint. (If you don't listen to the Grammar Girl podcast, subscribe already!)

Oprah and her best friend, Gayle, had gone on a road trip across the United States, and camera crews followed them. The result was several episodes of something they called "Oprah and Gayle's Road Trip."

A viewer wrote in saying that the title was incorrect; Oprah's name also needed a possessive, like so: "Oprah's and Gayle's Road Trip." She ended her note by saying she was an English teacher and therefore knew this stuff.

The viewer was brought on to tell her side, and then Oprah brought on Mignon to reveal the truth. Did the show get it right or wrong?

The show, not surprisingly, got it right. I doubt Oprah would have embarrassed her staff by bringing on a grammar expert to publicly point out a mistake.

But why was the title correct? Is there a time where making both names possessive would be correct?

Which you choose depends on context. We need more information about the bikes before we can make the call.

If Jane and Sally have a sporting goods store they own together, and in it, they have several bikes, then we have joint possession, and we need only one apostrophe. In that case, the first example is correct, because Jane and Sally are acting as a group of ownership. Together, they own the bikes. So:
Jane and Sally’s bikes are in the garage.

But if Jane and Sally simply own different bikes (Jane’s is purple, and Sally’s is blue), we’re dealing with separate possession, so each girl needs her own apostrophe to show her ownership of her bike.
Jane’s and Sally’s bikes are in the garage.

Another example: Let’s take Tom and Joey, who are brothers. Let's talk about their parents. Because the parents belong jointly to both boys, we don’t need to make both of their names possessive. We use a single possessive to show joint ownership:
Tom and Joey’s parents go on dates every weekend.

But what if Tom and Joey are buddies rather than brothers? What if both sets of their parents happen to be friends who hang out in a larger group together on weekends? Then the whole situation changes. Now we’re talking about Tom’s parents, and we’re also talking about Joey’s parents: four different people, not two. Now we need to make both boys' names possessive.
Tom’s and Joey’s parents go to the movies every weekend.

One way to remember this is by substituting the noun (bikes, parents) for an opinion. If two people share the same opinion, then group their names together as a joint possessive:
Tom and Joey’s political views sparked controversy.


If Tom and Joey don’t agree on politics—let’s say Tom is a Democrat and Joey is a Republican—then both names need an apostrophe, because we have separate views:
Tom’s and Joey’s political arguments sparked controversy at school.

Or you can always remember the Oprah viewer who was wrong. Oprah and Gayle took their trip together. It was their joint trip. Therefore, the title of those episodes needed only one apostrophe. If they’d gone on separate trips, we’d need two.


If you're from my generation, you can just think of a favorite movie to get this one right. Bill and Ted had a shared adventure. Therefore, their movie is Bill and Ted's Excellent Adventure.

This topic and many more are new to the second edition of my grammar book. It's got more than double the word count of the original, with tons of new entries and many expanded ones to address more commonly asked questions I get. We're putting the final touches on it now.

Watch for it in May! 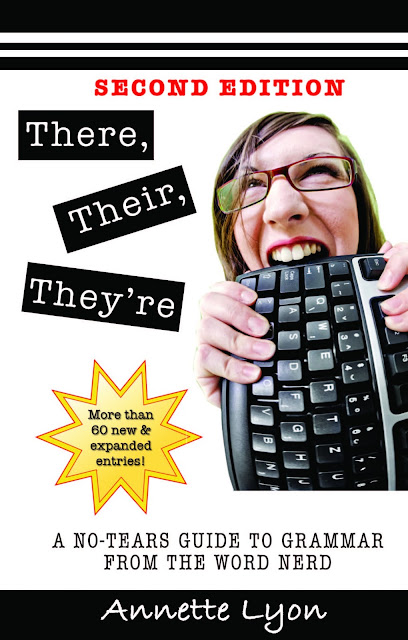