WNW—Sandy Hook and the "They" Conspiracy

Today's Word Nerd Wednesday has a more somber topic than I usually take here, but I think it's a relevant one in light of how news is covered in the US and how we interpret evidence presented to us by various sources.

This post has been on my mind for almost a year, when I first heard conspiracy theories after the Sandy Hook shooting in December 2012. With the report of the shooting released this week, concluding that Adam Lanza acted alone, and with almost a full year passing since the tragic events of that day, I'm taking a stab at the issue the conspiracy theorists brought up in hope of shedding some light on the situation and, I hope, on not jumping to conclusions in relation to the language used in news reports and other situations.

Shortly after the shooting, I listened to several tapes online where people discussed how, in their strong opinions, there had to have been multiple gunmen in Sandy Hook, and that the federal government was hiding that fact.

One video went so far as to insist that President Obama himself had ordered the shootings so he could have a leg up in passing new gun control laws. My jaw dropped at that accusation. Obama isn't perfect, and he's made mistakes as President, but would he seriously order the murder of children for a crap-shoot chance for passing a new law? Is he really evil, a mass murderer? Not a chance.

Over and over, I came across one piece of so-called "evidence" that these theorists used to "prove" that there was more than one gunman. I won't link to the videos; I don't want to give those people extra attention. The point of this post is to show how relying on language used by victims in the heat of a crisis cannot be psycho-analyzed as a reliable way to justify a personal agenda.

The "Evidence"
In more than one spot on a tape (I believe it was a 9-1-1 call), the person on the phone, an eye witness in the school, used phrases such as these (not quotes, but they give the general idea):


They're coming down the hall!
They're shooting!
They've got more than one gun!

Conspiracy theorists based their conclusions, in large part, on the fact that the witness had used the word they while relating ongoing events during the shooting, that a single pronoun somehow proved that more than one person was carrying out the attack.

Let's back up the trolley a bit.

Almost three years ago, I blogged about how their is gradually becoming a singular pronoun. In English, we simply don't have a gender-neutral third-person, singular pronoun. We have he and we have she, and I suppose we also have it, but we don't use it when referring to people.

Often, when we don't know the gender of the person, or when the gender is irrelevant, we have to get creative, and that often means falling to the easiest way to explain with the fewest words.

In publications, we often see constructions such as he or she, or sentences rewritten so they have a plural verb and can justify the plural pronoun their. That happens mostly in scholarly publications in academia, student's college papers, and, probably, in any resume you submit.

In everyday, casual speech, we often use their as a single pronoun.

Why? For several reasons. For one, using he or she gets cumbersome and often sounds hoity-toity. In addition, we tend to go the simplest route when speaking; why use three words when one will do? The English-language culture has shifted. Today, their is largely accepted in conversation as just fine when it's acting as a single pronoun; you won't generally find it in most published works, although that's changing in fiction, especially in dialog, which tends to mirror actual conversation.

The reality is, when someone is under duress, and isn't an English professor who is so used to using he or she that the phrase rolls off the tongue without a thought, even in a moment of crisis, a witness will almost certainly use they when referring to an unknown perpetrator.

Heightened emotion does that to people: while under stress; we slip into the registers of speaking we're most comfortable in. We're far less likely to adhere to grammatical standards, especially ones we aren't 100% familiar with. Even if you know the difference between the verbs to lay and to lie and which forms to use when, but you have to think about which form to use even for a split second, chances are, if your life is on the line, you won't give the verb that split second of thought, and a word will pop out, which may well be technically incorrect.

In other words, even if witnesses could tell that the shooter was male, we can predict, even without hearing any 9-1-1 tape, that witnesses would describe the shooter's action in terms of they, and not as he.

Granted, I doubt the new report will sway die-hard conspiracy theorists, even though they are just as likely to unconsciously throw in they when speaking, even when technically he or she would be correct.

I hope that the report of a lone gunman helps give a little bit of closure to the families affected by the horrific events of that day.

For the rest of us, I hope that by talking about these things, we gain some clarity. Like how people use casual and "incorrect" words in conversation and especially in life-or-death situations. Like how they're liable to use incorrect grammar or slip into more colloquial usage in tense moments. How we cannot use such speech as a basis for making broad accusations or assumptions, especially when such theories cannot hold water in light of how the language is used in the real world.

As much as I hope we never have another shooting or other similar tragedy in this country, I'm not naive enough to think we've seen the end. But I do hope that whenever we hear a tragic news story and people coming up with theories about them, we can take a step back and look at the fact objectively, not over-analyzing a single word and assuming what the person speaking meant by it. Especially, as in this case, when that single word was interpreted so wildly off base.

I'm all for unraveling stories to reveal the truth, and language does have the power to do amazing things along those lines. This isn't one of those times. Saying that the use of their automatically means there had have been multiple people committing this crime only causes grief, quite literally, to so many people involved, including the law-enforcement officers who, I believe, really did do their best to find out what happened. 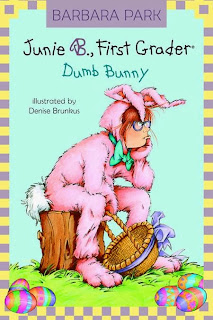