WNW: The Outrage over "Literally"

Today's Word Nerd Wednesday tackles a topic that has lit up the Internet in the last week or so: the so-called "news" that the word literally has a new definition, meaning figuratively, which is technically the opposite of what the term means.

Note that I put "news" in scare quotes. That's because it's not really news. Dictionaries have been adding that second definition for years. Literally. (Hah!) People noticed this time, because it was a new change to Google's dictionary.

I got my copy of the OED about ten years ago, and the alternate definition of literally is there. Granted, that definition is the last of five, meaning that it's the least common and least accepted one. Plus, it has a note that it's "improper" to use literally in a figurative sense.

In other words, people have been using literally as figuratively for a very long time.

So now what? Should we all adopt that definition because it's in just about every dictionary? Not so fast.

First let's talk about what dictionaries actually do. Dictionaries don't record what is correct. Dictionaries report what is said and written. They're the non-judgmental messenger.

In other words, a word or a definition showing up in a dictionary doesn't give that word/definition any kind of stamp of approval. It may still be considered incorrect according to Standard English.

Plenty of words and definitions that aren't Standard English (or at least, not yet) appear in dictionaries, including ain't, which isn't in the ballpark of Standard English.

The bottom line is that language changes over time; that's a simple fact. Try reading Beowulf or The Canterbury Tales in their original text, and you'll see just how much English has changed over the centuries. (Hint: the text doesn't even look like English.)

For that matter, if we're stuck on what a word "really" means, let's look at the OED's first two definitions of literally: 1) By the letters 2) In literature.

So if we're going by the definition from the late 1500s, my English degree made me literally smart, where literally refers to literature. No one's crying foul that the meaning of the word has drastically changed since then. And that's fine.

For that matter, in the OED's entry for literally, today's most common definition ("in a literal sense") isn't listed until number four.

If this sort of thing interests you, here are two other posts that relate, where I've ranted about how English evolves and also how we need to know Standard English to be taken seriously in most educated situations.


I used Grammarly to grammar check this post, so I can spend the time I saved eating brownies, because seriously, they won't eat themselves.
at August 21, 2013 3 comments: 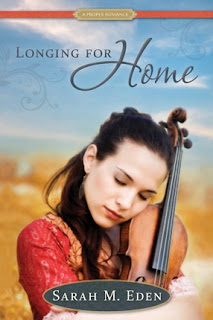 For the first time, Sarah is having an awesome launch party at The King's English Bookshop in Salt Lake City for her brand-new release, the second book in Shadow Mountain's Proper Romance line: Longing for Home.

This isn't a glorified book signing. Oh, no. It's a full-on party.

Attendees get a chance to hear Sarah talk to her fans (or possibly do a reading from the book!).

Plus they'll be treated to  awesome Irish-themed refreshments (fitting because the main character is from Ireland): FIVE flavors of scones (not Utah scones; authentic ones), plus clotted cream and strawberry jam, THREE flavors of tarts, shortbread, mini quiches, and sausage rolls.

And of course, you can get your book signed.

I mean seriously, people! It's going to be epic!

See full details on the Facebook page. You can pre-order a copy of the book at the bookstore link above, or you can buy one there.

It'll be awesome and fun, and I can't wait to see Sarah there to celebrate this big step in her writing career.

If you haven't met her, trust me: she's one of the funniest, loveliest, smartest people around, and that's in addition to being incredibly inspirational as she fights for her health in ways I can't imagine and is in chronic, mind-numbing pain. Yet she smiles and laughs and creates beautiful books.

And she's a great friend, too. I'm blessed to be able to count myself in that number.

So COME! And be on time so you can hear her speak. See you there!

The grand-prize winners for the overall hop have already been notified. I've sent two readers e-copies of my grammar book.

Now to announce the winners of A Portrait for Toni. We have 2 randomly selected winners.

The first is from those who e-mailed me the correct answer to the trivia question (After he read my grammar book, how many points did my son's ACT English score go up the next time he took the text? Answer: a whopping SIX points!)

The second is from those who left comments about grammar/punctuation peeves or trip-ups. Great comments on a variety of grammar and mechanics issues!

Toni is still a couple of weeks away from release. These two lucky blog hoppers are the winners of a free e-copy as soon as it's out:

I've had a whirlwind of a summer. As vacation time wraps up and school starts for the kids again, I'll be back to blogging more regularly. I have some fun things coming up that I can't wait to tell you all about. Stay tuned!