SO MUCH FUN: Writing in Another Person's Sandbox

So check out this gorgeous cover: 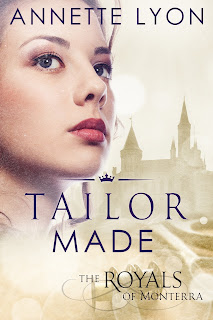 I'm sorry, but isn't it one of the prettiest things, in about forever? That's my new novella, and I'm so grateful it has a pretty wrapper!

This novella came about in a way totally different from anything else I've worked on. I've mentioned before how putting yourself into a specific box can actually be good for your writing; it defines the parameters and sparks your creativity.

It's a lesson I learned first with the Newport Ladies Book Club series, which I co-wrote with three of my closest writing friends.

I learned it again with the Timeless Romance Anthology series. In fact, with each new novella I write for the series, I'm given a new challenge, whether it's a time period or theme to tell my story around, so in a sense, I re-learn this lesson several times a year.

Well, this new story came from a different kind of box, one entirely of someone else's making, but where I found plenty of sand to build my castle with. Here's how it came about:

We've all heard of fan fiction: stories based on movies, TV shows, or books like Star Wars, Star Trek, and the Twilight books.

Most people know that any average Joe person out there can't write and sell a story featuring Han Solo or Spock or Bella without the owner of the intellectual property granting a license to do so. (Try selling a Star Wars story of your own and watch how fast Disney's lawyers knock your door down.)

But licensed (legal) fan fiction does exist, of course. Some writers are hired to write in a specific universe, for example. In many respects, comic books are the ultimate fan fiction; today's young writers at Marvel and DC carry on a legacy that began with characters and worlds someone else came up with decades ago.

Most fan fiction seems to be in the realm of science fiction, and seeing as that's not what I write, I never in a million years thought I'd ever step into the fan fiction sandbox.

Then, a few months ago, a really cool opportunity presented itself.

Some of my readers will be familiar with novelist Sariah Wilson (at one time, we had the same publisher). She wrote a fun contemporary romance set in a fictional kingdom in the Alps (sort of like how The Princess Diaries has an invented a country).

Her book, Royal Date, was picked up for publication through the Amazon Scout program and has gone on to sell very well. Amazon had already been licensing various properties they published for fan fiction stories (such as Veronica Mars, The Vampire Diaries, Pretty Little Liars, and many others), and they chose Sariah's fictional kingdom of Monterra to be the basis of a brand new Kindle World.

I WAS INVITED TO WRITE A NOVELLA BASED ON THE ROYALS OF MONTERRA.

AND THE WORLD LAUNCHED TODAY!

Seeing as Royal Date is contemporary romance, I assumed I'd write a contemporary story. I had a phone call with one of the people running the program. After looking at my body of work on my author page, he said, "It looks like you have a lot of experience with period fiction."

And why yes, I do have a lot of experience writing that.

So he suggested I write a story set in Monterra's past. That possibility hadn't even entered my mind, but his suggestion kept bouncing around in my brain until a story showed itself.

Sure enough, my novella ended up being historical.

As part of the Royals of Monterra Kindle World, 12 total stories launched today, including mine.

Tailor Made is set in 1883 and is just shy of 30,000 words. To give you an idea of the size, that's twice the length of my Timeless Romance novellas, or about a third the size of a typical novel.


What Tailor Made is about:

Sofia’s mother desperately needs medicine, and Sofia will do anything to get it—including working for a month at the royal palace, where she'll knit silk stockings from sunup to sundown. Yet if she can do it, Sofia will have the ability to get the medicine her mother needs, with money to spare.

But Sofia’s safe world of knitting needles and thread is turned upside down when she finds herself in the middle of palace intrigue. Head tailor Antonio and Sofia uncover a plot to sabotage the royal wedding and plunge Monterra into war. As they work together to save their country, she can’t help falling in love with the unassuming and attractive head tailor, even though she knows she can’t have him. Her country and her family need her. As they race to stop the traitor, the battle in her heart intensifies, and she fears that the victor won’t be love.

Then check out the rest of the stories that are part of the Royals of Monterra.

You can hang out and simply lurk, or you can join in the fun and comment away and have some fun.

It's been a whirlwind of busyness and excitement, especially getting everything pulled together over the holidays, but launch day is finally here.

I'm thrilled to have been invited to be part of the launch and to have my work reach new readers!

I'm a little vexed that it's not available in Canada yet. I really need to get myself a registered-in-the-USA Kindle some day. ;)

Congratulations, Annette! What a fabulous opportunity! <3

I'll check it out. Thanks!

I'm so thankful you said yes - and I look forward to reading Tailor Made!

This sounds fantastic! What a great opportunity! Can't wait to read it. :)