Regular disclaimer: If I find new deals throughout the week after the post has gone live, I'll update it and note anything new. As always, the responsibility to confirm any price before purchase is up to the reader. Titles listed in deals posts may or may not be ones I've read, and determining what books are right for you, including any content issues, is also the reader's responsibility. Posts include Amazon affiliate links. 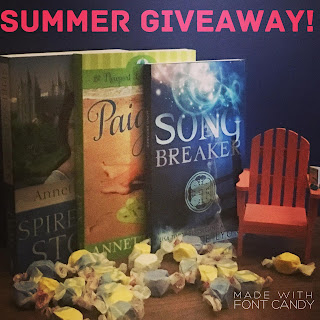 Enter to win THREE of my books:

SPIRES OF STONE (a romantic comedy, a retelling of Shakespeare's Much Ado About Nothing set in the American West)

THE NEWPORT LADIES BOOK CLUB: PAIGE (My first novel in the co-written series; it can be read alone. Romantic women's fiction.)

SONG BREAKER: A retelling of a Nordic fairy tale from the Finnish Kalevala.

TO ENTER, DO BOTH THE FOLLOWING:

(Do both for an increased chance of winning!)

Nothing else is required to enter, but you can get an additional entry by tagging a friend in the comments of either post.

Winner will be announced by Saturday, July 14. Winner must contact me with a valid U.S. shipping address within one week of the announcement, or the prize is forfeited. Not sponsored or endorsed by Facebook or Instagram. All risk is assumed by the entrant. Decisions are final. And any other disclaimer I forget to add. :) See my complete post of policies on my website.

And now for this week's deals!

The Woodcutter, by Kate Danley

From the description: Deep within the Wood, a young woman lies dead. Not a mark on her body. No trace of her murderer. Only her chipped glass slippers hint at her identity.

The Woodcutter, keeper of the peace between the Twelve Kingdoms of Man and the Realm of the Faerie, must find the maiden’s killer before others share her fate. Guided by the wind and aided by three charmed axes won from the River God, the Woodcutter begins his hunt, searching for clues in the whispering dominions of the enchanted unknown.

Blending magic, heart-pounding suspense, and a dash of folklore, The Woodcutter is an extraordinary retelling of the realm of fairy tales.

Anna Dahlberg grew up eating dinner under her father’s war-trophy portrait of Eva Braun. Fifty years after the war, she discovers what he never did — that her mother and Hitler’s mistress were friends. Plunged into the world of the ''ordinary'' Munich girl who was her mother’s confidante — and a tyrant’s lover — Anna uncovers long-buried secrets and unknown reaches of her heart, to reveal the enduring power of love in the legacies that always outlast war.

Before I Let You Go, by Kelly Rimmer

The 2:00 a.m. call is the first time Lexie Vidler has heard her sister’s voice in years. Annie is a drug addict, a thief, a liar—and in trouble, again. Lexie has always bailed Annie out, given her money, a place to sleep, sent her to every kind of rehab. But this time, she’s not just strung out—she’s pregnant and in premature labor. If she goes to the hospital, she’ll lose custody of her baby—maybe even go to prison. But the alternative is unthinkable.

As the weeks unfold, Lexie finds herself caring for her fragile newborn niece while her carefully ordered life is collapsing around her. In court-ordered rehab, Annie attempts to halt her downward spiral by confronting long-buried secrets from the sisters’ childhoods, ghosts that Lexie doesn’t want to face. 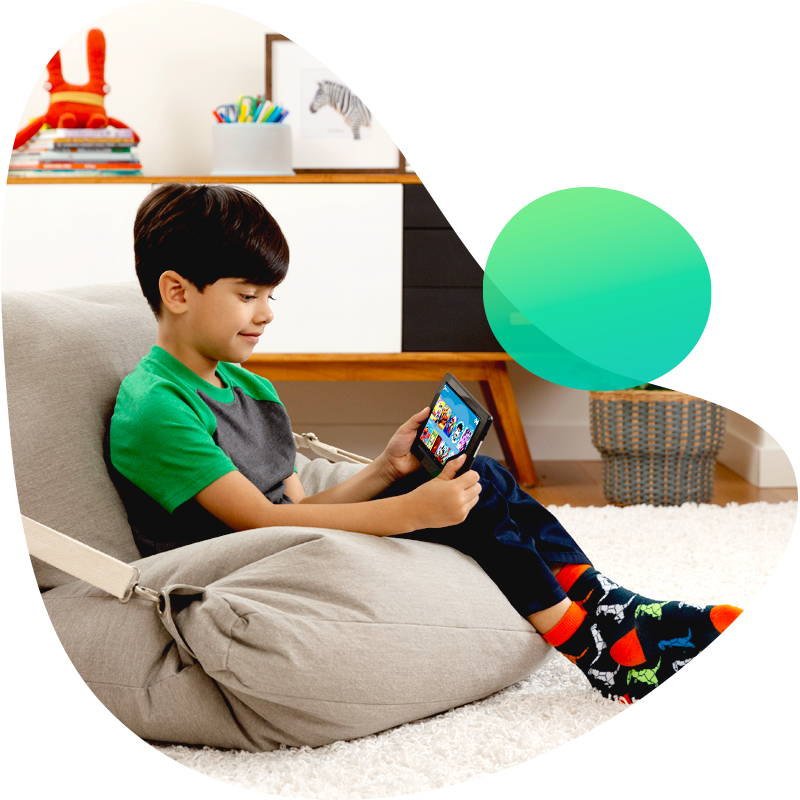 Amazon has a new program that I so wish they'd had when my kids were little: kid-friendly games, books, apps, and shows across devices for a single annual membership. Even better, they offer content in three age groups (ages 3-5, 6-8, and 9-12).

Right now, Prime memberships can get FreeTime subscriptions for $2.99/month or less.

Click here to check it out and get a free one-month trial.

Whisper Me This, by Kerry Anne King

A phone call blows apart the precarious balance of single mother Maisey's life. Her mother is in a coma, and her aging father faces charges of abuse and neglect.

Back at her childhood home, Maisey must make a heartrending life-or-death decision. Her confused father has destroyed family records, including her mother’s final wishes. Searching for answers, Maisey uncovers one unspeakable secret after another when she stumbles upon a shattering truth: a twin sister named Marley.

Maisey’s obsession with solving the mystery of her sister forces her to examine her darkest memories and triggers a custody battle with Elle’s father.

**FREE*** as an Amazon First Read in July if you have Amazon Prime.

(This is a pre-order. Book releases on August 1.)

The Aliso Creek 5-book Series, by Heather B. Moore 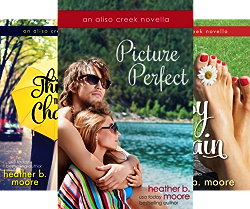 The five titles in this romance series is on sale right now for only 99 cents each.

Find all of the titles in the series here.

Or click on the individual titles below:
Picture Perfect
Third Time's the Charm
The Daisy Chain
Lost then Found
One Chance


If you're aware of a deal I've missed, let me know!
And if you're an author with a book on sale, drop me a line with the details. I just might feature it!