The IF ONLY Trap 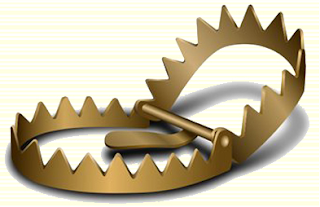 It's so easy for writers to compare themselves and their progress/careers/successes—or lack thereof—to others' and always be found wanting. While someone else seems to have everything peachy and perfect, and you don't, the reality is often quite different.

Recently, I was fortunate enough to be part of a planning lunch for a friend's launch party. A photo of those in attendance was posted online.

The next day, I met with two writer friends, and we discussed and planned some business things. We posted about some funny moments of the meeting.

Shortly after that, a fellow writer posted about how "everyone" is having so much fun with other writers and having success that they aren't having. I can only assume this person saw the posts, including some from me, about both the lunch and the meeting. From the outside, I'm sure both days looked like I was living the life.

Yeah, um, no. I could go on a long tangent about the many, many (MANY!) disappointments and road blocks I've run into in the 21 years I've been writing and submitting, but for now, a little perspective that's current:

Not 10 minutes after the lunch, I received some pretty devastating career news. The lunch, of course, was mentioned on social media. But I didn't mention the bad news publicly, or the fact that it overshadowed the fun of the lunch.

Then, during the planning meeting, sure, we had our moments of laughter, but they came largely after serious and frustrating discussions about what's NOT going right, how so much is out of our control, how many disappointments and failures we've run into and are still fighting to get through. The giggles were almost an effect of the stress and made up a small percentage of the whole.

Why don't I (and others) put all of the heartbreaks and disappointments out for the world to see? For many reasons (among them privacy), but in part because professionals know when to keep their mouth shut about those things. (Note how I'm not going into detail about those disappointments and hard times.)

Just because you aren't seeing the heartbreak and stress online doesn't mean it doesn't exist. In the same way you tidy your house before your friend comes to visit, professionals don't air their dirty laundry publicly. Sure, that means that what you see tends to be one sided, just like your friend probably thinks you maintain a tidier house than you really do.

I assure you, the hard stuff is still out there, it still happens, and it's brutal no matter where you are on the ladder. I don't know a single writer who has floated along unscathed—and I know a ton of writers, many far more successful than I am (New York Times bestsellers, USA Today bestsellers, and more). They all still have hard times in their careers, and I can assure you that career success doesn't mean that a fairy godmother has waved her magic wand to eliminate all challenges from a writer's personal life either.

We really need to stop envying others. Easier said than done—I've been guilty of it too, and far more often than I'd like to admit, because I know better.

Even so, I challenge writers, myself included, to deliberately go out of your way to find the joy in the PROCESS. Joy from writing doesn't—and can't—come from outside sources, even when we think it does.

How many of us have thought that we'd finally be happy if only X or Y were to happen? Wallow in those thoughts long enough, and you stop writing altogether, stop finding any kind of joy in the one thing that made you a writer to begin with.

You will have bought into the lie.

The real joy of writing comes from the time you spend brainstorming and researching and drafting and revising.

The joy comes when it's just you and the story—and sometimes when a beta reader can't put your work down.

Sometimes the joy comes when a beta reader finds a glaring problem, but you know exactly how to fix it.

Other times, it's when you've been over a piece so many times that you're sure it stinks, but when all is said and done, and you can step back objectively, you realize that hey, it's not so bad, and that you've grown as a writer.

If writing itself can't bring you some happiness, no accolades or bestseller status ever will.

Don't get caught in the trap.

You're the best, you know. You really are.