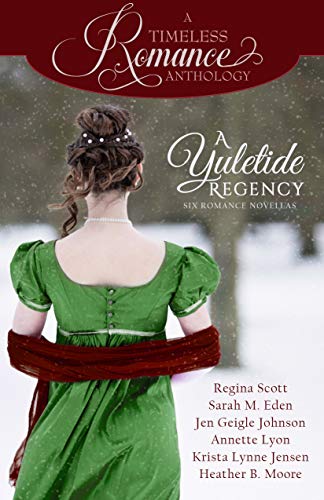 Be sure to pre-order your copy here.

RONE Award Finalist for Historical: Post Medieval and the recipient of InD'tale Magazine's 4.5 star review and coveted Crowned Heart for excellence! Miss Elizabeth Armistead, India born and raised, is happily betrothed to British soldier, Duncan Cruikshank. When she arrives in London a month prior to the wedding she meets Mr. Lloyd-Jones and soon finds that he has invaded even her dreams. How can she betray the man she believes to love her for her virtues so as to indulge her love for a man she fears she cannot trust?


The Girl Who Chased the Moon, by Sarah Addison Allen

Mysteries aren’t solved in Mullaby, they’re a way of life: Here are rooms where the wallpaper changes to suit your mood. Unexplained lights skip across the yard at midnight. And a neighbor, Julia Winterson, bakes hope in the form of cakes, not only wishing to satisfy the town’s sweet tooth but also dreaming of rekindling the love she fears might be lost forever.

Emily travels to the small town where her mother grew up, hoping to find answers, only to discover even more mysteries. A magical New York Times bestseller with over 15,000 five-star ratings on Goodreads.

Titles included: Eternity in Death, Ritual in Death, and Missing in Death


One Breath Away: The Hiccup Girl - From Media Darling to Convicted Killer, by M. William Phelps

"Phelps is the Harlan Coben of real-life thrillers." --Allison Brennan

"Phelps dares to tread where few others will: into the mind of a killer." --TV Rage

At 15, Jennifer Mee developed an unrelenting case of the hiccups--hiccupping as many as 50 times a minute for months. Soon the Florida teen's strange story went viral. Dubbed the "Hiccup Girl" by the media, she gained international sympathy and appeared on a slew of popular TV shows. Eventually, Jennifer's hiccups went away--and so did her fame.

This true-crime thriller is on sale for just 99 cents


Anne Frank: The Book, The Life, The Afterlife, by Francine Prose

“A definitive, deeply moving inquiry into the life of the young, imperiled artist, and a masterful exegesis of Diary of a Young Girl…Extraordinary testimony to the power of literature and compassion” –Booklist (starred review)

In Anne Frank: The Book, the Life, the Afterlife, Francine Prose, author of Reading Like a Writer, deftly parses the artistry, ambition, and enduring influence of Anne Frank’s beloved classic, The Diary of a Young Girl. Approved by both the Anne Frank House Foundation in Amsterdam and the Anne Frank-Fonds in Basel, run by the Frank family, this work of literary criticism unravels the complex, fascinating story of the diary and effectively makes the case for it being a work of art from a precociously gifted writer.

Learn about Anne Frank for just $1.99

Orphaned and besieged, Princess Alesandra knows that only a hasty marriage to an Englishman can protect her from the turmoil in her own land. The bold, raven-haired beauty instantly captivates London society, much to the amusement of her makeshift guardian, Colin, younger brother of the Marquess of Cainewood.

But when Alesandra is nearly abducted by her unscrupulous countrymen, Colin knows he must protect her and offers a marriage that should be in name alone—until their first kiss ignites a wildfire in his soul. As the lovely princess dashes headlong into unforseen dangers, Colin will risk his own life to save her and claim Alessandra as his own—forever...

My Spiritual Journey, by Dalai Lama

In this elegant self-portrait, the world’s most outspoken and influential spiritual leader recounts his epic and engaging life story.

The Dalai Lama’s most accessible and intimate book, My Spiritual Journey is an excellent introduction to the larger-than-life leader of Tibetan Buddhism—perfect for anyone curious about Eastern religion, invested in the Free Tibet movement, or simply seeking a richer spiritual life.

The Baker's Daughter, by Sarah McCoy

In this New York Times bestseller, two women in different eras face similar life-altering decisions, the politics of exclusion, the terrible choices we face in wartime, and the redemptive power of love.

In 1945, Elsie Schmidt is a naive teenager, as eager for her first sip of champagne as she is for her first kiss. She and her family have been protected from the worst of the terror and desperation overtaking her country by a high-ranking Nazi who wishes to marry her. So when an escaped Jewish boy arrives on Elsie’s doorstep on Christmas Eve, Elsie understands that opening the door would put all she loves in danger.

Sixty years later, in El Paso, Texas, Reba Adams is trying to file a feel-good Christmas piece for the local magazine, and she sits down with the owner of Elsie's German Bakery for what she expects will be an easy interview. But Reba finds herself returning to the bakery again and again, anxious to find the heart of the story—a story that resonates with her own turbulent past. For Elsie, Reba’s questions are a stinging reminder of that last bleak year of World War II.

As the two women's lives become intertwined, both are forced to confront the uncomfortable truths of the past and seek out the courage to forgive.

The Baker's Daughter is on sale today for $1.99


The Witch's Trinity, by Erika Mailman

“A gripping, well-told story of faith and truth.”   —Khaled Hosseini, bestselling author of The Kite Runner

In 1507, when a severe famine strikes a small town in Germany, a friar arrives from a large city, claiming that the town is under the spell of witches in league with the devil. He brings with him a book called the Malleus Maleficarum—“The Witch’s Hammer”—a guide to gaining confessions of witchcraft, and promises to identify the guilty woman who has brought God’s anger upon the town, burn her, and restore bounty.

Güde Müller suffers stark and frightening visions—recently she has seen things that defy explanation. No one in the village know this, and Güde herself worries that perhaps her mind has begun to wander—certainly she has outlived all but one of her peers in Tierkinddorf. Yet of one thing she is absolutely certain: She has become an object of scorn and a burden to her son’s wife. In these desperate times her daughter-in-law would prefer one less hungry mouth at the family table. As the friar turns his eye on each member of the tiny community, Güde dreads what her daughter-in-law might say to win his favor.

Then one terrible night Güde follows an unearthly voice and the scent of charred meat into the snow-filled woods. Come morning, she no longer knows if the horror she witnessed was real or imagined. She only knows that if the friar hears of it, she may be damned in this life as well as the next.

This powerful historical novel is on sale for $1.99


Disclaimer: The responsibility to confirm all prices before purchase is up to the reader, as sales may end without notice. Titles listed in deals posts may or may not be ones I've read, and determining what books are right for you, including any content issues, is also the reader's responsibility. Post includes Amazon affiliate links.
at October 29, 2018